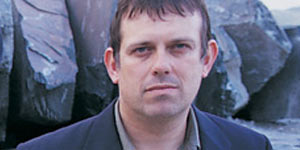 Ex-lead singer and songwriter of Inspiral Carpets. Originally from Abingdon in Oxford, he moved to Manchester in 1984 and formed the band ‘Too Much Texas’ and worked collecting glasses at The Hacienda. Joined Inspiral Carpets in 1989 and gave Noel Gallagher his first job (no Inspirals, no Oasis – simple as that!). Left in 1995 after 20 top 40 hits to start solo career. Formed The Lovers in 2001. 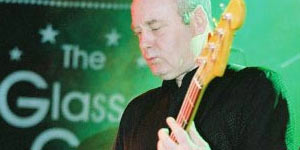 Steve joined The Fall in the early 1980’s in time to write and record the band’s critically acclaimed second album Dragnet. He was the only musician to stay with The Fall through its many world tours and album releases (almost one a year) right up to its final album Levitate (released in 1997) and on to the 1998 break-up of the band with its much-publicised stage fight in New York. Joined The Lovers in 2001 with his brother Paul. 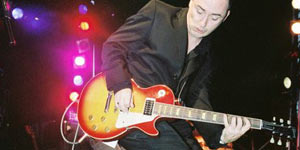 Jason was born in Derry, Northern Ireland in 1969. Moved to Manchester in 1988 to study at Manchester Poly (a mere vehicle to do some rockin’ and rollin’). Formed This Gigantic World in 1989 (split in 1995).Taught music and got involved in successful session work with house music producers before joining The Lovers in 2001. 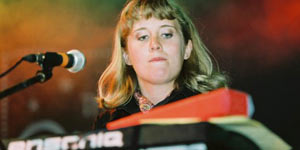 Originally hailing from Hayling Island in Hampshire, Kelly moved to Manchester at the age of 10. However, her love of music and determination to work in the music industry was initially hampered by a 5-year stint manning the checkouts at Sainsbury’s (a hard habit to break). In addition to The Lovers she manages to fit in a music degree at Salford University and a passion for 60’s keyboard and organ players.

Paul joined big brother Steve’s band The Fall at just 16 – he once missed a US Tour because the rest of the band believed he should stay at home to study his ‘A’ Levels. Bless…His advice for all young drummers is ‘Always make sure the seat is attached to your drum stool before sitting down.’ Paul bumped into Tom in Manchester in 2001 (they were already acquainted through the Manchester music scene) and after a drunken conversation decided to hook up for The Lovers.

A short history of The Lovers 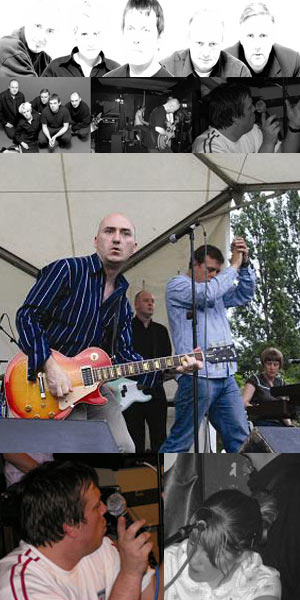 The Lovers is the brainchild of Tom Hingley – former lead singer of The Inspiral Carpets, a band that along with The Happy Mondays and The Stone Roses defined everything that was good about the UK music-scene at the beginning of the 1990’s.

Despite, or because of, over 20 top 40 hits, seven Top of the Pops appearances, a rock solid fan base and successful tours all over the world The Inspirals ran out of steam in 1995 and Hingley drifted into solo projects on the fringes of the pop mainstream.

However, a chance encounter in 2001 with Steve Hanley – former bassist and longest serving musician with legendary Manchester band,The Fall (that broke up in1998 after a much publicised stage fight in New York), led Hingley and Hanley to join forces in The Lovers. Despite kids, mortgages and the onset of 40, both still shared an intense passion and desire to make, perform and record great music.

At a time in their lives when they could have chosen to dine out on past glories and look forward to torturing the grandkids with stories about the good old days of the early 90’s, they set out once again on the road to rock immortality. Short on six packs but long on experience they gathered together a band of fellow travellers, that now includes Steve’s kid brother and former Fall drummer Paul Hanley; keyboardist and synth player Kelly Wood and ex This Gigantic World guitar maestro Jason Brown.

This time around, a lot older and a little wiser,Tom, Steve and the rest of The Lovers decided to go it alone – spurning the big music company ‘sell your soul for an advance’ recording deal approach in favour of establishing their own record company New Memorabilia and settling down for the long haul – constant gigging and rehearsing, perfecting the sound and the songs in the studio (Tom’s house) and on the road, and, hopefully selling a few records.

It may seem like the hard road to take with a band boasting their pedigree, but at a time when the major labels are going into freefall, and easy-listening and jazz-lite artists are topping the album charts – something is a-foot and change is in the air – so, for better or worse,The Lovers have decided to do their own thing.

What The Lovers have is freedom – freedom to play and record music their way, freedom to play the gigs they want and freedom to release what the hell they like. Of course, this is also the freedom to fuck up as well, but at least they won’t have anyone else to blame.The path has been made easier by keeping in contact with music contacts from the 90’s – distributors, web designers, video producers and publicists have all chipped in to support a good cause – which effectively means The Lovers are the best supported garage band in history. How many other garage bands have a first album video produced by an award-winning video production company?

At a time when the nation is being relentlessly fed a diet of manufactured pop pap, sugar-sweet covers and easy-on-the-ear, tough-on-the-stomach muzzak,The Lovers are a welcome antidote – an injection of home-produced, free-range, organic protein – their acerbic garage pop containing the all-natural and essential nutrients of guitar, bass, drums and keyboard.The sound is raw, acerbic, funny, worldly-wise and in-your-face memorable.

What’s more, with a bit of life experience under their belts and an irony borne from experience (you didn’t really think ABBA are the enemy did you?) they have a little bit more to say for themselves than the average boy band or Pop Idol reject.

The first album from The Lovers,‘Abba Are The Enemy’ has been 3 years in the making – that’s how long it can take when you’re launching your own album Blue Peter-style but the package is pretty polished, as you might expect from a band with their collective pedigree – check it our for yourself – now!

Any cookies that may not be particularly necessary for the website to function and is used specifically to collect user personal data via analytics, ads, other embedded contents are termed as non-necessary cookies. It is mandatory to procure user consent prior to running these cookies on your website.